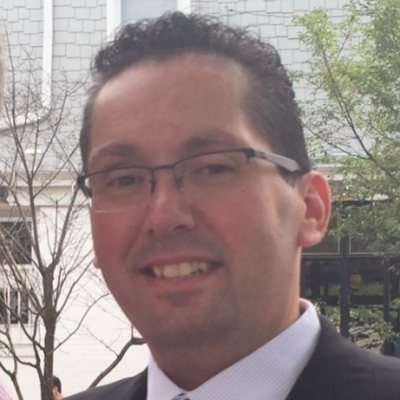 Nicholas J. Grillo was born on May 1, 1981 in Jersey City he graduated from Holy Rosary School, Jersey City, he was raised in a close-knit Italian American community, the center of which was Holy Rosary Church, the first Italian parish in the State of New Jersey.  It was at Holy Rosary and in downtown Jersey City where Nick, at a young age, met many of the treasured friends he still has today.

In 1995, he went on to Queen of Peace High School, North Arlington. By the age of 17, Nick accepted his first position as a Parish Music Director/Organist for St. Joseph's Church, East Orange.  This was the beginning of many years in Liturgical Music and active participation in the Church, both in music and in fundraising.

In 1999, at the age of 18, he was named Chairperson of Holy Rosary Church’s Annual Italian Street Festival, today known as La Festa Italiana – Jersey City, a title he still holds today sharing, it with two others.  During his 15 years with the festival, it has grown into one of New Jersey's premiere Italian-American Street Festivals, drawing thousands of visitors each day to this 5 day “feast” of great food, entertainment and summer fun (www.LaFestaItalianaJC.com).  Also in 1999, Nick took the next steps in his education, entering Caldwell College to obtain his BA in Music & Liturgical Studies graduating in 2005.

In 2002, he received the Sesquicentennial Award from the Archdiocese of Newark for outstanding service to his parish and community. After serving for several years as Music Director and Organist for Our Lady of Mount Carmel Church in the Ironbound section of Newark and St. Cecilia Church in Kearny, Nick returned in October of 2013 as the Organist and Music Director of his parish, Holy Rosary Church, Jersey City.


Having developed a great love for serving others through his music ministry and through his work with La Festa Italiana, Nick, even early in his career, sought out additional ways to share his talents.  Immediately after he graduated from Caldwell College, Nick decided to consider a future in Funeral Directing.  In 2005, he began his internship with the Introcaso- Angelo Funeral Home in Jersey City. Working here gave Nick the opportunity to serve his downtown community and the people of Holy Rosary in their time of need.  He entered the American Academy McAllister Institute of Funeral Service, in New York City and graduated in August of 2007.  He was honored in 2011 by the Jersey City Puerto Rican Heritage and Festival Committee, as a "Puerto Rican for the Day" in the 51st Annual Parade, for his support and contributions to their cultural events.

In October of 2014, he received special recognition award for his dedicated service to Catholic Cemeteries of the Archdiocese of Newark and the people he serves. In March of 2015, he completed the acquisition of the Levandoski Funeral Home of Bloomfield, NJ.  Now, Levandoski-Grillo Funeral Home & Cremation Service, Nick hopes to bring the same level of service he provided in Jersey City to the people of Bloomfield and the surrounding area.   In June of 2016, Nick in partnership with a friend started the Zuasola-Grillo Filipino Funeral Service, a fully operational funeral home catering to the cultural needs of the Filipino Communities of New Jersey.

A civic-minded individual, Nick has devoted nearly all of his spare time to various organizations throughout Jersey City and Hudson County.  He works tirelessly to promote Italian American heritage, Jersey City, and his parish.  He holds various positions in numerous organizations, including the newly-established Columbus Day Parade Committee of Jersey City, through which he, with the help of his executive board, has successfully grown the parade and committee from scratch.   He is the immediate Past- President of the Jersey City Chapter of UNICO,  a national Italian American Service Organization, which strives to promote "Service above Self", something Nick has always tried to achieve. UNICO Jersey City has raised tens of thousands of dollars for charity during his tenure.

In addition to the many committees on which he serves, Nick also contributes generously to other worthy non-profit organizations in Jersey City and Hudson County.  Some of the causes in which Nick takes special interest and to which he has made noteworthy contributions are the Hyacinth Foundation of New Jersey, St. Jude's Children's Hospital, Coolies Anemia, Hospice and Palliative Care services, and educational scholarship funds.  He attributes his ability to give so generously of his time, talent, and treasure to the tremendous support of his parents, family, friends, and committee members.

Past President of the Hudson County Funeral Directors Association 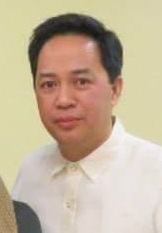 Owner/Unlicensed (not qualified to make arrangements, embalm or direct a funeral)

A year of daily grief support

Our support in your time of need does not end after the funeral services.  Enter your email below to receive a grief support message from us each day for a year.  You can unsubscribe at any time.